← more from
City Slang
Get fresh music recommendations delivered to your inbox every Friday. 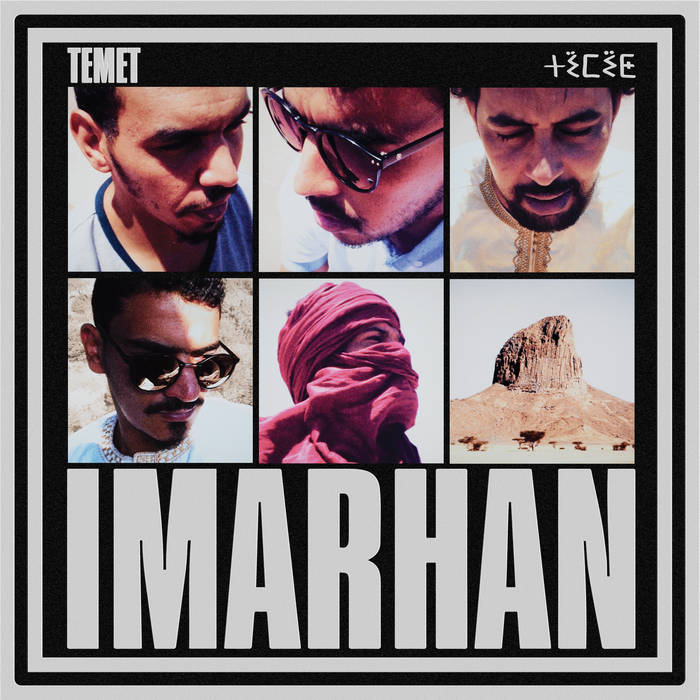 Nik Havert Imarhan keeps pushing the boundaries of Tuareg music by including elements from many different genres of music. It's another fine record from them.

David thatsright what can i say. this album is excellent. best album this year. Favorite track: Tamudre.
more...

When Imarhan released their self-titled debut album in 2016, they stepped into a genre already flooded with talent and exposure, but still managed to rise to the top and be heralded as the “new wave Of Tuareg music“ by Fact Magazine and The Guardian. It is with much anticipation that the band from Tamanrasset, Algeria have announced the details of their second album Temet, due out February 26 on City Slang.

Temet is a huge leap forward in production, as well as creatively for Imarhan. Whereas their debut was anchored in the meditative Desert Blues tradition, Temet eclipses such notions, finding bounce and drive by stirring their sound with funk, fuzz, disco and rock. This is not a novel concept to the band, as anyone who has seen them play will attest. There is a disparity between their emotional and thoughtful first album and the raucous, ecstatic live show. And while Temet is decisively more eclectic, the aesthetic wisdom and singular vision of their debut remain on full display. Imarhan's experience as a touring band has reinforced the focus and meaning behind their music. Instead of traversing the desert, these Nomadic travelers have gone global to reflect on today’s struggles. “Temet” in Tamashek means “connections,“ and Imarhan use it as an energetic wake-up call for unity, to remind people that we are all are connected, and that only through the acceptance of this union will we be able to solve the troubles, to bridge the increasing divide between cultures.

With Temet, Imarhan have firmly established themselves as a band to reckon with. Rather than being distracted by meddling around with big producers or famous guests, they’ve focused this release on their inherent strength of songwriting, using the eternal bonds in their community, families and friendships as a blueprint not only for an amazing standalone album, but as a reference for generations to come. “We hope that Imarhan will allow the younger generation to become aware of the fundamental importance of friendship. As long as someone is by your side supporting you, asking for your friendship, what more could you want out of life? You will want for nothing.”

Imarhan, meaning ‘the ones I care about’, started out around 2008, a loose collection of friends who began to play together. Their reflects their cultural and generational background; dry guitar riffs, pop melodies and pan-African rhythms which draw on traditional Tuareg music, African ballads and the modern pop and rock the band heard growing up. ... more

Bandcamp Daily  your guide to the world of Bandcamp

Kari Faux drops off her deluxe album 'Lowkey Superstar' plus tunes by Shunaji and Samplelov.